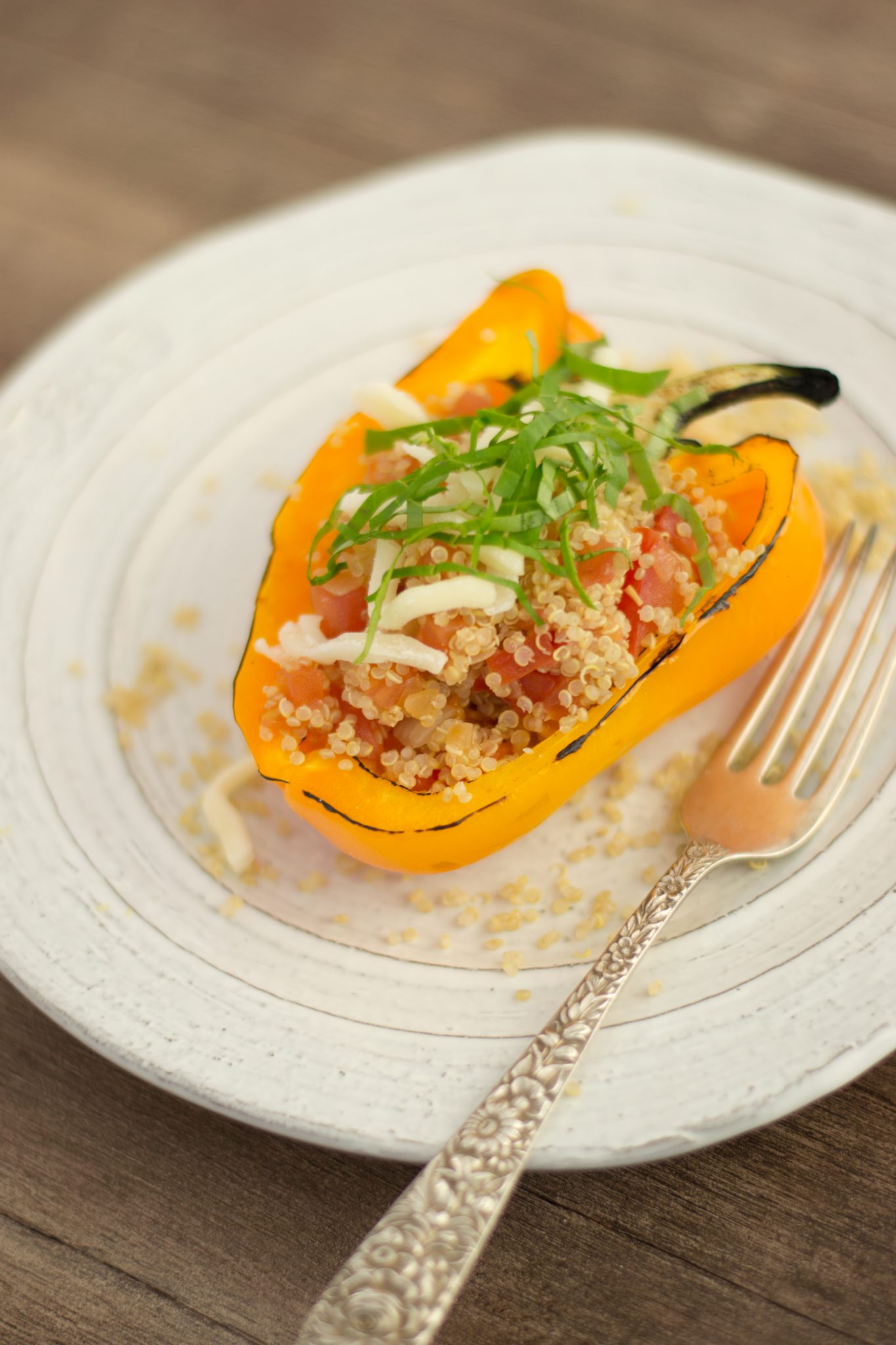 Vegetarian, Gluten-Free
Sweet bell peppers are halved then filled with brown rice or quinoa and herbs and spices and sprinkled with cheese, then baked and paired with sauteed spinach.

1. Preheat the oven to 400°F. Line a rimmed baking sheet with parchment paper or foil.
2. Cut the bell peppers in half lengthwise (through the stem) and carefully scoop out the seeds and inner membranes to form 4 pepper "cups".
3. Spray the pepper halves with oil spray on both sides. Sprinkle the insides with 1/8 tsp. black pepper and 1/8 tsp. salt. Arrange the peppers cut side down and bake for 20 minutes, or until peppers are soft and just starting to brown. Remove from oven and set aside.
4. Heat 1 Tbsp. oil in a large saucepan over medium heat. Add the onion and garlic and cook until the onion is soft and translucent, about 5 minutes.
5. Add the tomato, 1/8 tsp. black pepper, and 1/8 tsp. salt. Cook for 5 minutes.
6. Add the rice, romano cheese, and basil to the saucepan and mix well.
7. Turn the peppers halves over. Divide the rice mixture evenly between the 4 pepper halves. Sprinkle the cheese evenly over the 4 peppers.
8. Bake in 400°F oven for 10 minutes, or until warm and cheese is melted.
9. In a medium skillet, heat the remaining 1 Tbsp. oil over medium-high heat. Add the garlic and cook for 30 seconds. Add the spinach and sprinkle with 1/8 tsp. black pepper and 1/8 tsp. salt. Cook, stirring, until the spinach is wilted, about 3 minutes.
9. Serve 2 pepper halves on each plate with half the spinach.